The NZRDA prides itself on being the union that stands for and works towards safer hours for Resident Doctors’.

There is no doubt that long working hours, shift changes and sleep debt arising from working nights, directly correlate to fatigue and the issues which come about from fatigue. This was solidified after a fatigue survey was undertaken by the RDA in which 92% of respondents stated that at some point in their career, they had felt so fatigued as a result of working long hours that they worried they had made a clinical error. 74% of respondents had also reported that they had almost fallen asleep whilst driving home because of working long hours.

When asked for experiences of our members involving fatigue, RMOs relayed examples ranging from difficulty speaking coherently, to making errors which almost resulted in patient deaths or their own deaths (i.e. car crashes whilst driving home). Some of these experiences are as follows:

“After 2 back-to-back 12 day stretches and a 15-hour long day, I made a potentially dangerous mistake in re-charting a basic med chart. Luckily the patient only received one extra dose of nortriptyline and were not harmed – but it could have been much worse. A mistake I would have never have made if I was not borderline delirious.”

“After working an on-call weekend, I missed a HB drop from 120 to 90 in a patient. As a result, the patient ended up losing litres of blood into their abdomen and almost died”

“3 car crashes after night duties in last 6 years. Nearly died in one incident where power pole and power lines draped over car.”

Based on this evidence in 2016, 3500 resident doctors chose to embark on a campaign to achieve safer hours not only for themselves but for the future generations of RMOs that will work in New Zealand. 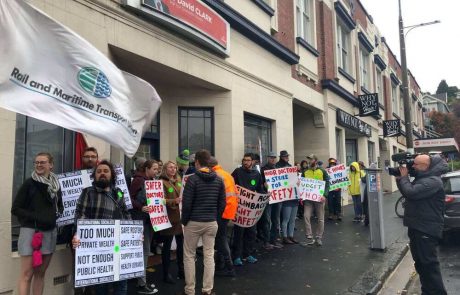 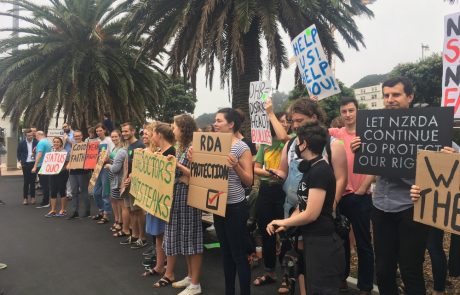 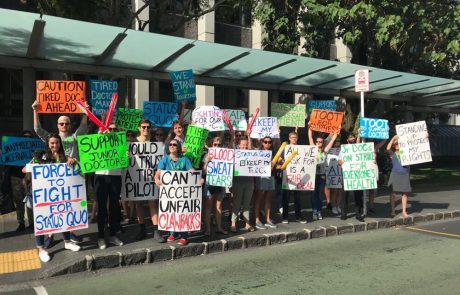 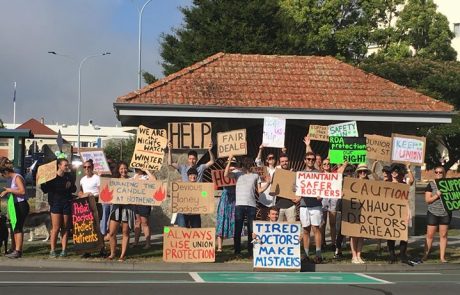 This campaign involved countless negotiations, picketing, and multiple strikes but after almost a year of negotiations, the NZRDA was successful in achieving safer hours. This resulted in the introduction of “rostered days off” for RMOs as well as the reduction of the maximum number of consecutive days worked from 12 days to 10 days and lowering the number of consecutive night shifts from 7 nights to 4 nights. This was based on similar trials in Europe and suggestions from the New Zealand Sleep/Wake Research Centre.

The introduction of these safer rosters did not occur overnight and required the RDA team to audit every acute roster in the country and consult on how best to implement rostered days off with both our delegates and DHB representatives. This consultation process meant that we were able to cater each roster to the needs of the service rather than a one size fits all model, whilst still having the health and safety of RMOs at the heart of our work.

Get in touch with NZRDA

If you have any questions or general enquiries, get in touch with us using the contact details below or the form on this page.